Back to book collection 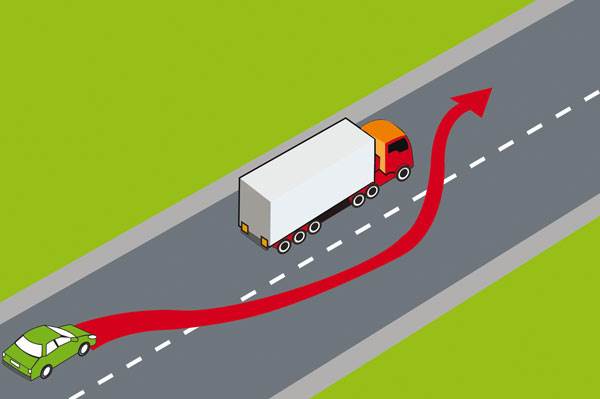 The driver/rider of a vehicle intending to pass any other vehicle proceeding in the same direction on a public road shall pass to the right thereof at a safe distance and shall not again drive on the left side of the roadway until safely clear of the vehicle so passed.

Exceeding the speed limit when overtaking / passing is not permissible.

Passing on the left of such vehicle shall be permissible if the person driving the passing vehicle can do so with safety to himself or herself and other traffic, and—

Provided further that in no event shall any passing be done by driving on the shoulder of the roadway or on the verge of a public road.